SPAM occupies a sad place in American culture. You’re probably more likely to find overplayed jokes and revulsion from most people online, usually in relation to its uncanny cuboid form and the gelatinous fat.

To some, it represents all the worst aspects of industrialized, processed food: an impersonal, indistinguishable, unnatural and alien food, the perfect fodder for corrupt industrialists to poison the masses with.

Well, that’s what snobs online say anyway. I never really understood that criticism; to me it doesn’t really seem any more unnatural than other meat products like hot dogs, salami, ground beef, etc. After all, I’ve never seen a ketchup meatloaf walking around the prairies of the Midwest.

But I digress. Asians never seemed to have the same hang-ups with SPAM that many others have with it—mostly because of a tradition of having to subsist on the cheap surplus left over from the U.S. Army in the wake of World War 2. Dishes like SPAM Musubi, Budae Jjigae, and SPAM Fried Rice are examples of food creations that not only “make do” with SPAM but use its best qualities to create some truly unique and delectable dishes.

This does bring up an uncomfortable reality though: SPAM’s nutritional content. While plentiful fat and abundant salt make sense for a shelf stable product that needs to keep troops full in the trenches, it’s probably not the thing you want to make a staple of your life.

Indeed, cardiovascular diseases remain a huge issue for populations that eat SPAM quite frequently—namely Hawaiian Americans and Japanese Americans. Is it the only factor? Of course not, but it probably isn’t helping anything; after all, one can of classic SPAM contains 96 grams of fat; 121% of your daily value! Cholesterol and sodium are similarly off the charts.

Perhaps aware of this criticism, Hormel has developed some healthier alternatives, like SPAM Lite and SPAM 25% Less Sodium, though neither aren’t really what I’d consider great choices either. Recently though, I became aware of what did seem like a good idea: Turkey SPAM. With only 27g of fat per can (compared to 96), Oven Roasted Turkey SPAM is an exponential improvement from the classic version. 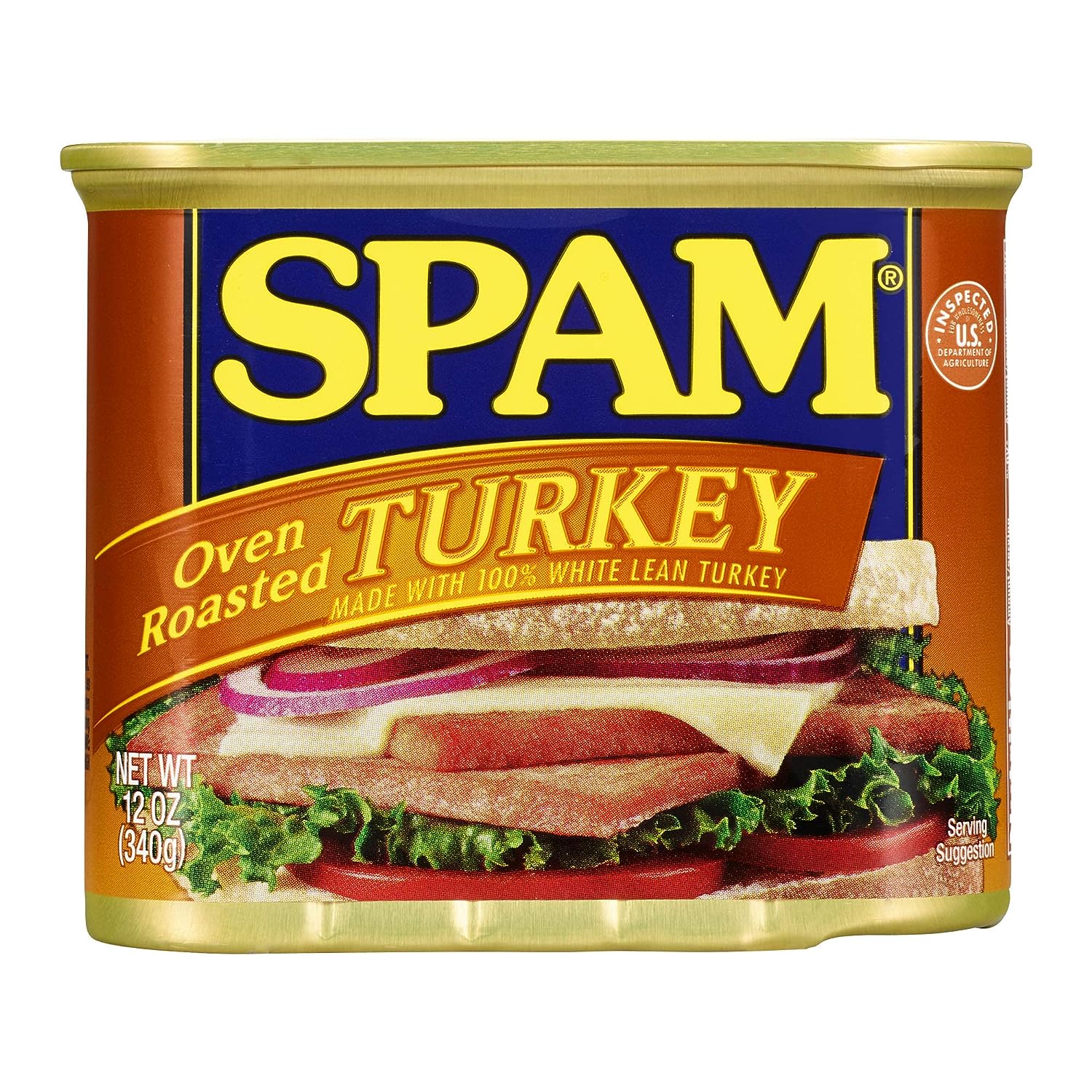 Check on Amazon
made with WPWS

But let’s be real. Turkey sucks. Always has, always will. At Thanksgiving, we have to smother it with gravy and cranberries to stand any hope of choking it down. Turkey better bring its friend Ham if it wants to be in my sandwich. Turkey versions of pork products always seem like a compromise—never a solution. I had no faith that SPAM could make turkey look good.

But I also don’t want to die early, so I bought a few cans on Amazon. To test it out as a substitute to regular SPAM, I cooked what I consider two quintessential SPAM dishes: SPAM and Eggs with Rice, and a Mayonnaise SPAM Sandwich. East and West.

Now, I think the relevant question with a product like this is if it’s supposed to stand as a distinct product on its own—merely using turkey flavor to stand apart—or as a healthy alternative to pork SPAM. To my surprise, it occupies the latter role!

Indeed, in both cases, the turkey SPAM tasted 90% the same as pork SPAM. The same salty, savory taste comes through strongly, and the taste is unmistakably Hormel’s SPAM. The only part that had me notice a difference is the texture. It’s a bit softer than normal SPAM, but really this isn’t a big deal when compared to the benefits you get from switching to this product. It’s also—understandably—less fatty, so you may need to use a good non-stick pan or add some neutral oil to the pan if you want it to fry properly.

Let’s dig deeper into this. We have SPAM, the ultimate underdog, the pathetic, bullied outcast. The Boo Radley of the food world. The mistakenly maligned meat. And we have Turkey, the worst pinch hitter of the meat world. And somehow, when put together, these two zeroes become a hero: a product that combines all the best qualities of SPAM with the benefit of not having to update your will after every meal.

SPAM has recently started to become more and more popular. Younger audiences, having been exposed to Hawaiian cuisine, seem to be changing their opinions. Popular chefs like Lucus Sin are willing to lend their name to cookbooks like The Ultimate SPAM Cookbook, and things like SPAM sliders and SPAM tacos are finding their way onto restaurant menus around the country. I think there’s a real opportunity here for Turkey SPAM, where chefs can take advantage of the umami powerhouse the meat brick brings while simultaneously avoiding the health stigma that understandably plagues the brand. 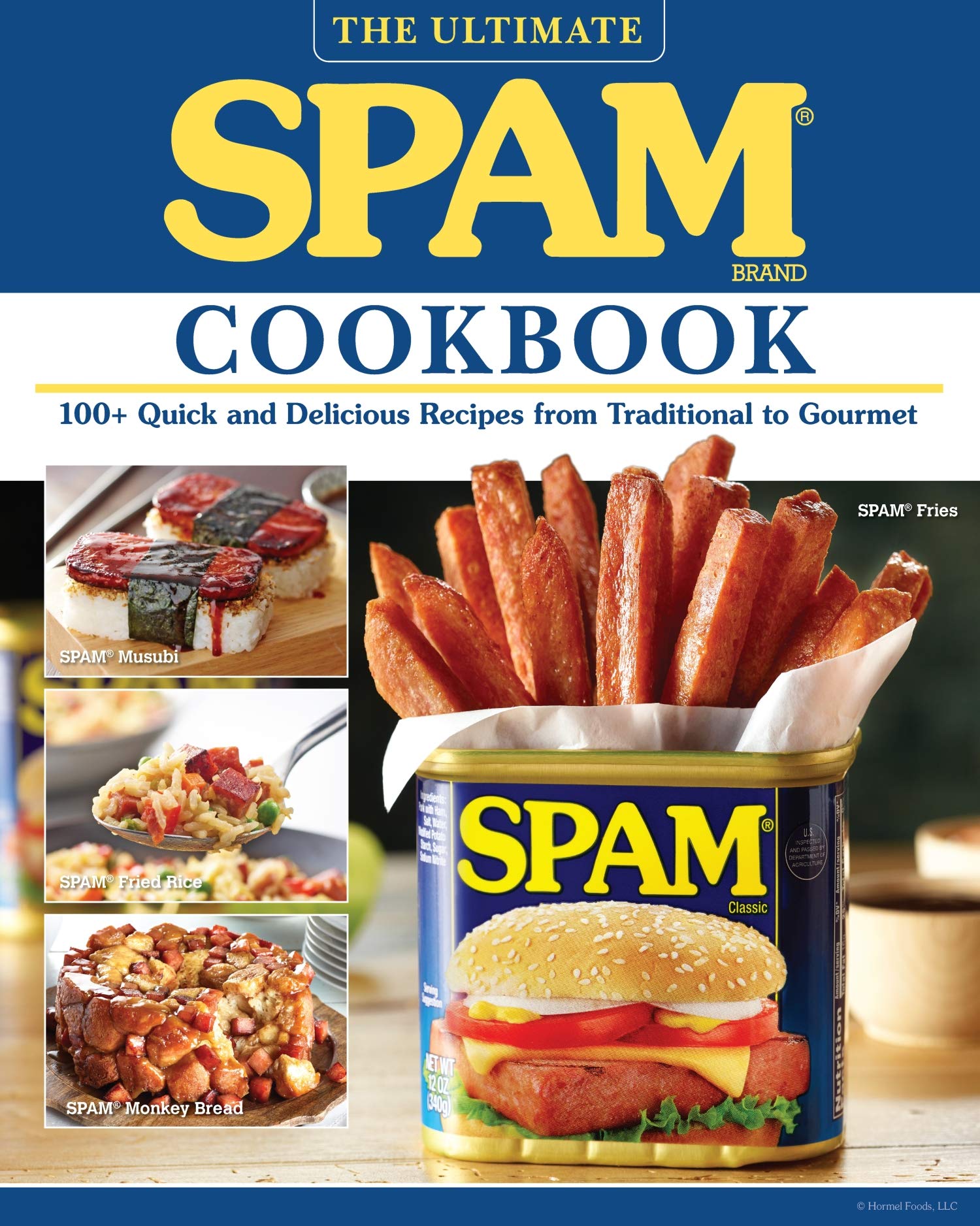 Over 100 one-of-a-kind recipes for every meal of the day, including musubi, ramen, breakfast skillets, and more.

Check out on Amazon
made with WPWS

It’s the ultimate Cinderella Story, the Ugly Duckling, the high school debut. Hair down, glasses off, Turkey SPAM has hit the scene.