UCLA hidden gem, student-run, super cheap snacks and coffee and ramen, study spot in Westwood. Oh SEAS Cafe, is there anything you don’t have, that you don’t provide? The short answer is no. The long answer is nooooooooo. 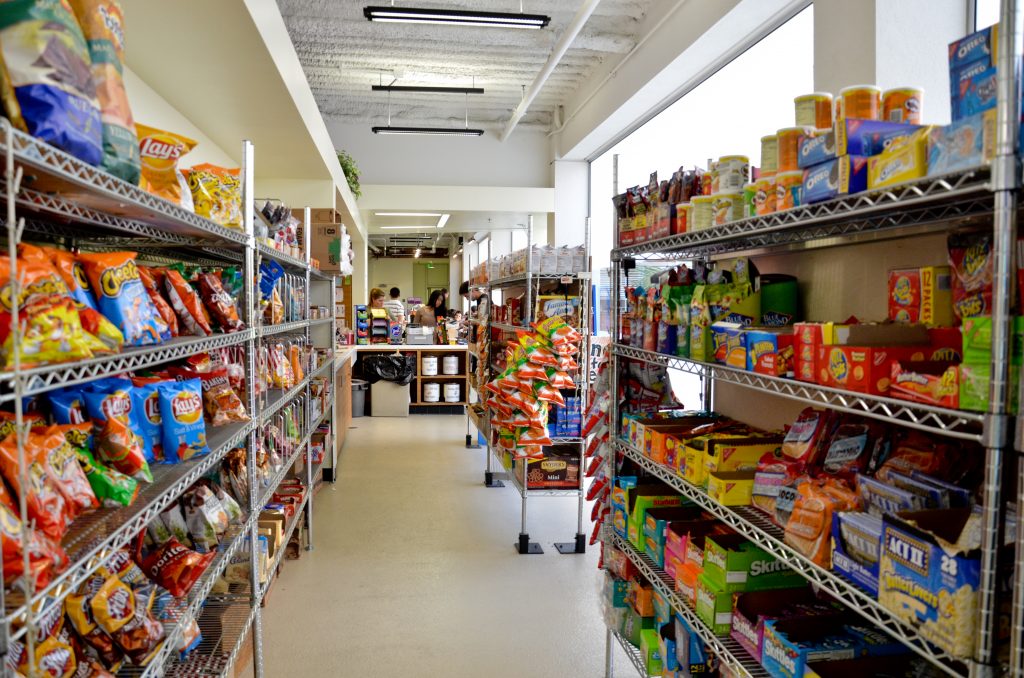 WHERE: University of California, Los Angeles (UCLA), Boelter Hall, 5th Floor, in the back

WHEN: Weekdays during the school year

PARKING: If you must park, then any of the UCLA parking lots will do; we assume you’re most likely a economical student, though

In a campus where food prices are rising higher than the average American’s blood pressure, SEAS Cafe remains the Last of the Mohicans. Er, Bruins.

Come on–less than a dollar for a cup of coffee? 85 cents for ramen WITH a hot water dispenser? Why eat anywhere else on campus ever again? (Possible reason: maybe health, but everyone knows that all the conventional rules of health like sleep and overall happiness don’t matter in college anyways)

When tuition and housing and textbooks and all that jazz can have your pocketbooks emptier than a brain right after a class’s final exam, every single penny counts. We’re not saying be cheap, but we are saying that sometimes being frugal counts.

SEAS Cafe—which of course stands for (Henry Samueli) School of Engineering and Applied Science—is run by students and keeps in mind that the bottom line really shouldn’t be about making a buck, but rather maybe just making people’s lives just a little bit easier.

It’s definitely pretty hidden, but that doesn’t mean that SEAS Cafe is in an inconvenient location. In fact, it’s almost the opposite; for many South Campus students, it’s right in the same building that people practically sleep in!

That’s right–it’s in Boelter Hall; specifically, it’s on the 5th floor around the back side. Basically, once you enter Boelter from the front of the South Campus courtyard, wrap your way around the halls and keep walking until you see the sign that says SEAS Cafe. You’ll see it. We promise.

If you don’t, then that means you are lost forever within old and dilapidated Boelter and you will never be seen again. Sorry.

If you actually study–not sure why anyone would do that–then be comforted that there are maybe about 10 two-people tables here where you can do exactly that.

Another huge plus—the awesome art they have on the whiteboards here! Check out all these famous scientists. Maybe one day you’ll be up here. Maybe.

If you do somehow manage to get a seat since there are more campers here than a Call of Duty game, then you probably have to be fine with a lot of foot traffic and a kind of loud and cold fan right next to you (unless you get lucky and get the window side). But hey, sometimes white noise is really awesome when studying.