You've heard about the hundreds of NCAA national championships, the prestigious programs and rankings, and the good weather, but have you really dug deep into why choosing UCLA is a good decision? We'll help you figure out some of the lesser known perks of being a Bruin.

Wait, you have to study in college? Probably not what you wanted to read on this list, but hear us out before you tune us out like your chemistry lecture. UCLA has study spots on study spots. Seriously, you got options. There are so many options that the official UCLA site has an entire list!

You may hate studying, but hard to hate the view. (UCLA Admissions)

To go over it briefly, you have a bunch of libraries that all have varying levels of noise and activity; you have a bunch of cafes and dining halls that double as study spaces open even past midnight; you have every single dorm floor's lounge on campus to hang out with people both new and old; you have the beautiful campus's tables and lawns; you have empty classrooms with not another body in sight; you have tons of hidden study gems in the nearby Westwood Village.

Studying is boring, but finding a place to study—now that's sick.

All over the world in one place. (UCLA Graduate Programs)

Students within the states tend to severely underestimate the power that the UCLA name has abroad. It's internationally known not only because it's a good school but also because it's a powerhouse of Los Angeles—a major tourist spot worldwide for its awesome weather and fun activities (hmm, we wonder which site can help with stuff to do in LA...)

International students are a huge factor in what makes UCLA so great. A lot of American students fear a language barrier, a cultural difference, or a sense of the unknown when it comes to talking to and befriending students from abroad; in reality, it really isn't bad. Not only is everyone human, but everyone's suffering through school!

It is amazing to be able to be exposed to different viewpoints from people who all grew up in different countries, different situations, and different environments—and yet, have the commonality of all ending up in the same place. You heard it here: give international students a chance. They're awesome!

Stuff in LA...That sounds catchy. But seriously, UCLA is often lauded for its awesome weather and simply "because it's Los Angeles!!!" This is indeed true, but no one really ever explains what that means. We'll tell you what that means. First of all, you have the very amazing and beautiful Santa Monica area that brings shopping options, beach options, and dining options all in a fairly concentrated area. 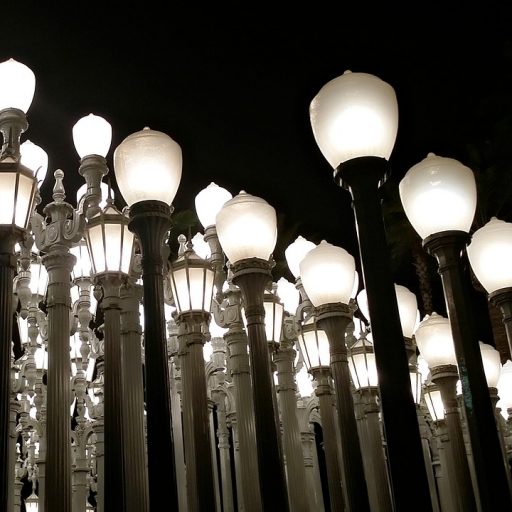 The LACMA lights statue is up there in the list of reasons to come to UCLA.

Not only that, but you'll be able to venture out into the very bougie Beverly Hills—even if you don't really identify with the culture, you gotta at least stop by and see what life's like on that side. UCLA is also close enough—if you have Uber or a friend with a car *hint hint*—to Downtown Los Angeles, which has so many great food options and nightlife choices. Same goes for Hollywood! Don't even get us started in the Asian paradise that is the San Gabriel Valley! Can you say dim sum and boba? (We hope so, because those are really easy to pronounce) The bottom line: there is no shortage of cool areas in Los Angeles.

4. The sheer number of people

It seems like every single year, the previous record for freshman applicants is broken! We mean, even in 2017, a whopping 102,000 high school seniors applied—most in the nation for any school, any college! 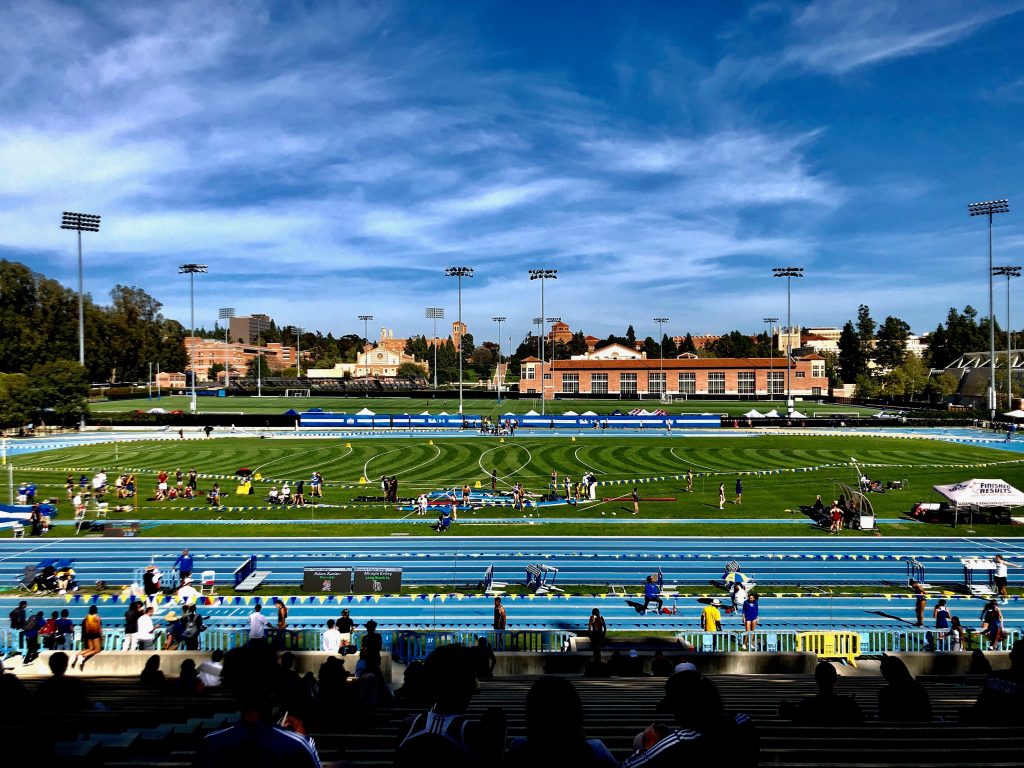 The fact of the matter is, UCLA has a ton of students here—and that's just the undergrads you're probably thinking of. There are so many graduate students—masters, PhD., M.B.A.—that are all around campus (and teaching your classes!), so many faculty, so many employees, so many friends of friends who heard UCLA is a fun place to be. Simply put, UCLA is really really good at allowing you to meet at least one new person a day—and much more if you're willing. If you're an introvert, it also makes it pretty easy to avoid people; it's just the law of numbers, isn't it?

OK, let's get real here: probably the real reason why you should come to UCLA. You probably heard on your tour that UCLA has among the best dining halls in all of America. We mean, just see for yourself; here are REAL dishes that have been actually served at UCLA dining halls. 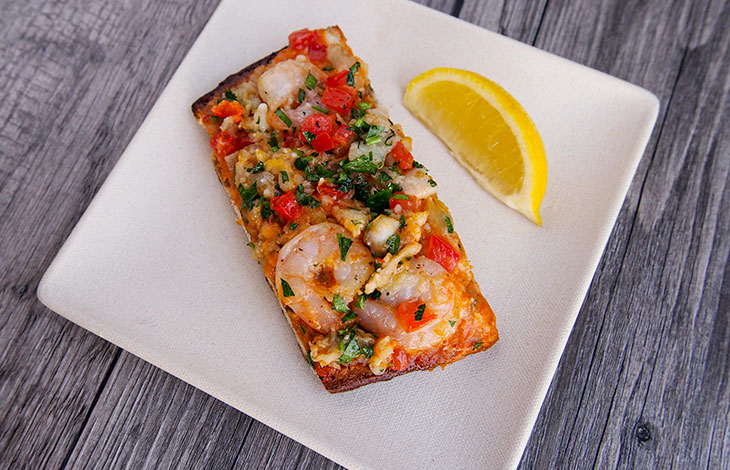 The above is a REAL option at Bruin Plate, which is basically a gourmet dining hall that actually tries to follow nutritional guidelines to be healthy.

Not only that, but UCLA has an Asian dining hall called Feast, an Italian cafe called Cafe 1919, and so much more.

When we say food, we also mean outside of campus! Westwood has so many iconic eateries like Diddy Riese cookies, and if you venture further you'll discover other magical things like Korean BBQ in Koreatown. Sweet baby Joe Bruin, we better stop before we get too carried away.

Let's face it: UCLA is old! It's been around since 1919! That's nuts! That means you have generations of Bruins all out there, all having distinctly different memories but yet all grounded on the same campus with the same Bruin culture.

Graduating is fun, but graduating with friends is even better. (UCLA Anthropology)

One of the best parts about going to UCLA is sharing these memories for years and years; it's great to experience things at school, but even better to share them with people who understand. However, we're not saying other schools don't have this. But there's just something intangible about the "Bruin born, Bruin bred, Bruins until the day we're dead" mentality that really makes the school special.

It's a school that can literally withstand floods and withstand tragedies beyond any sort of sense or logic.

It's a school that—in these hard times—stops being about school, about food, about ranking, about anything other than representing the True Bruin values: Integrity, Excellence, Accountability, Respect, and Service.

It's true; hearing those True Bruin values sounds really dumb at first. It's not until later that you realize that maybe they were onto something. For such a highly regarded school, UCLA is still severely underrated.

[RELATED: A LIST OF PAINTED WALLS AND MURALS IN LOS ANGELES]