The best ice cream in Westwood could be in RITE AID! It's called Thrifty Ice Cream, and it's no joke. It brings us back to an older age when things were more simple—or, at least, seemed more simple. 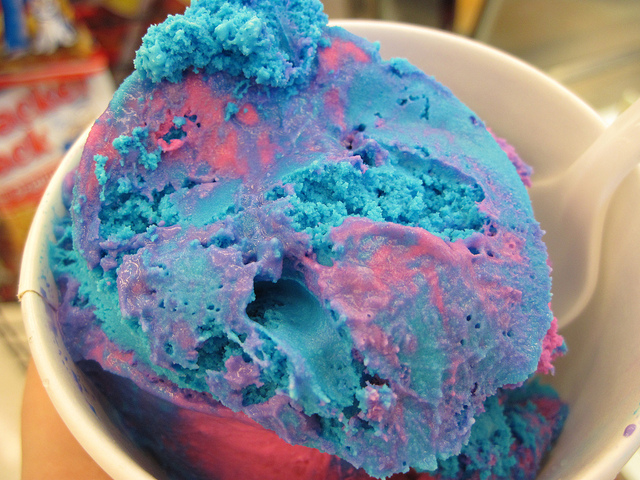 WHAT: Ice cream, bang for your buck, old school, within a Rite Aid, cylindrical shape, foodie

Well, those are definitely very good contenders for this title.

However, there's a relatively unknown sheriff in town that definitely gives those two a run for their money--and it's completely hidden.

So you basically walk into the Rite Aid and go past the cashier section, and bam, there it is. Thrifty Ice Cream.

The kids did a great job at swimming lessons today. So I definitely deserved an ice cream cone🍦😍 #cottoncandy #icecream #ThriftyIceCream

This is kind of a relic of the early days where Rite Aids and similar pharmacy stores had bi-rite centers with ice cream and milkshakes and all that jazz. It's definitely a Romantic notion of the past, and quite frankly, we're really happy that it lives on even in this slight capacity.

Thrifty is notable because it is relatively thrifty (inexpensive, for you non-thesaurus hawks out there), but also because the scoops are incredibly distinct in their shape! They have a cylindrical look to them that just looks so funny and cute and delicious!

One interesting thing is that there really isn't a dedicated ice cream scooper individual. You kinda just have to get the attention of a cashier (if he or she isn't busy with checking people out) and then they'll walk over and serve you.

Part of the fun is just eating the ice cream in Rite Aid as you walk around the store (if they're not cool with this, we're not sure why since they sell it there???) or even Westwood itself which is fun enough and nice enough to enjoy provided it's warm enough.

I guess, after all this is said, that we just love the idea of ice cream in your local pharmacy general store. It's just pretty uncommon these days, and if we can write something to encourage you to go check it out, then we're happy. So go on and comment below if you agree or even disagree: best ice cream in Westwood?